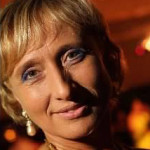 Olga was born in Russia about 30 miles away from Moscow. Since she was seven she started training at a gymnastic school. Olga’s dream of becoming an Olympic gymnast was derailed by a painful back injury, so she turned her competitive spirit and years of intensive athletic training to dance. By the time Olga was 19, she and her dance partner were well recognized in the Ural mountain region. Olga went on to earn her bachelor’s degree, studying choreography, ballet, and folk dancing in addition to ballroom dancing.

Olga began competing professionally in Moscow. She and her Russian Professional partner became Grand Finalists in the Soviet National Championships of 1989 and 1990. Olga moved to America in 1992. Within a few years Olga has gotten many national and international titles, including National Professional American Smooth Champion – twice – and her dancing was shown on the national PBS show, “Championship Ballroom Dancing.” Olga was also a two time finalist in the world Showdance in Germany. 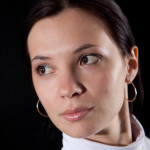 Irina Hensler graduated from Pedagogical University in Russia and began dancing there. Right after moving to the USA, she continued dancing at Oly’s. Couple years later she was offered to expand her work scope and provide dance instruction to youth with disabilities. Irina is a certified Autism Movement Therapy provider.

United States open to the world professional latin runners up. 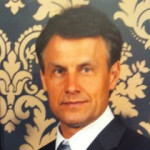 Konstantin Yakunin has been in the dance world as a working professional for over 30 years. He is a former competitive Ballroom and Latin dancer who has been competing all over Russia. Konstantin was regional 10 Dance Champion from 1987 to 1993 in Russia.

Konstantin has received many honor certificates and awards from the Russian Federation Professional Union of Ballroom Dance. 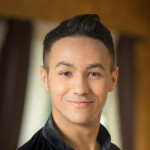 Umario is originally from Europe. He instantly fell in love with dancing when started it at the age of 10. Only four years later, he won first place in both Latin and Ballroom dance at the IDU Classification World Championship in Israel.
Since then, he has been training with top teachers in the world and competing all over Europe and now in the United States. 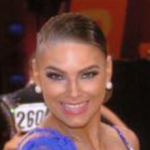 Ksenia started dancing at the young age of 5 years old. She continued to dance for several years even when finding a partner was challenging. She competed throughout Russia in both International Latin and Standard style of dancing. Latin, however, was closer to her heart. She found a partner she danced with for 6 years until he decided to focus more on school.

At that time, she planned to move to Italy however, things quickly changed. At one of her last competitions at Christmas time she was approached by one of the judges who asked if she wanted to come over to the United States. It was the best Christmas present ever! Within 6 months she was in the US. A fairytale come true for her. After not competing for about 3 years Ksenia has recently started dancing with a new partner in the American Rhythm category.